Today's Best Offer is 10% off in any products

How Our DDoS Attack Prevention Works

Basic DDoS protection is included with every Liquid Web server. You don’t need to do anything to add the service, and there are no settings to configure: it’s always active and will automatically mitigate volumetric attacks between 250 Mbps to 2 Gbps in size.

DoS and DDoS attacks can vary dramatically in size from a few Megabits per second, to tens of Gigabits per second or larger. The greater the size or volume of the attack, the greater the difficulty in preventing the attack from having a negative effect on the infrastructure that is being attacked. Fairmoon’s DDoS Attack Protection is sold in packages that provide peace of mind that Fairmoon will protect a subscribing customer’s server from being negatively affected by an attack up-to the volume of subscription purchased.

Once you sign up for DDoS Attack Prevention we begin monitoring all network traffic (not just web traffic, like other providers) to your server(s), at the border layer of our network, in real time. At this safe layer, we use analytics as well as our Threat Detection System to intelligently and proactively identify attacks before they reach any critical layer of your infrastructure.

When detected, any malicious traffic is scrubbed and separated from all other traffic prior to being mitigated by countermeasures, tailored specifically to the type of attack we have identified. Our specialized hardware ensures that all legitimate traffic proceeds directly, unimpeded, to your server throughout the duration of the attack.

Looking to prevent a torrent of traffic from taking down your server? Or maybe you are expecting to be featured on Reddit? Look no further, we offer two excellent DDoS protection solutions to choose from! 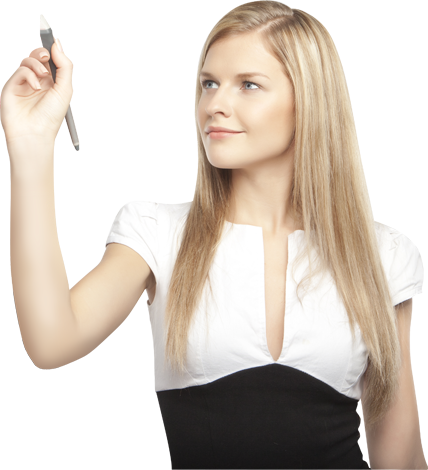 DDoS Protection for Your Server

Basic DDoS protection is included with every Fairmoon server. You don’t need to do anything to add the service, and there are no settings to configure: it’s always active and will automatically mitigate volumetric attacks between 250 Mbps to 2 Gbps in size.

To complement your guaranteed bandwidth , you can increase the guaranteed speed for your specific upload requirements or for mass delivery of software updates, VOD, or even live streaming. In addition to the speed, the cross-connections available enable optimized geographical delivery.

DDoS Protection for Your Server

Distributed Denial of Service Attacks can have a significant impact on your company. Whether you’re a large enterprise, a small business, an e-commerce company or a government institution, if your website is Internet facing, it is a potential target.

We include free, basic protection with every server — volumetric attacks from 250 Mbps to 2 Gbps in size are automatically mitigated. For comprehensive protection, we also offer two levels of service to detect and mitigate larger, more sophisticated, and sustained DDoS attacks.

VOS3000 is designed for carrier-class operations by FAIRMOON HOSTING. We deploy advance firewall role so that never gone offline VOS mbx service and make sure to restrict unauthorized access over IP.

Safeguarding your mission-critical IT assets and helping your business bounce back if disaster strikes. Fairmoon’s expert managed security and business continuity professionals take a holistic approach to defending your systems from the ever-evolving threat.

Starting with the web server security, the first point of analysis for exploiting the server would be the services. I would suggest all the server security administrators should run a service to check on all the ports that are open, filtered, and closed.

It is important to back up your databases so that you can recover your data and be up and running again in case problems occur, such as system crashes, hardware failures, or users deleting data by mistake. Backups are also essential as a safeguard before upgrading a MySQL installation.

Many factors have contributed to an increased need for backup. The magnitude of business critical data, has sky rocketed in many companies. Just like the spread of high speed internet connections and dropping prices on hardware has reduced the expenses on more advanced means of backup and remote backup.

A firewall is a software program or piece of hardware that helps screen out hackers, viruses, and worms that try to reach your computer over the Internet. If you can’t start Windows Firewall or you are getting an error, use our free tool to diagnose and fix problems.

Is your dedicated server being used for DDoS attacks?

How To Install WordPress, Drupal, and Joomla On Sites with One-Click

DoS and DDoS attacks can vary dramatically in size from a few Megabits per second, to tens of Gigabits per second or larger. The greater the size or volume of the attack, the greater the difficulty in preventing the attack from having a negative effect on the infrastructure that is being attacked. Fairmoon’s DDoS Attack Protection is sold in packages that provide peace of mind that Fairmoon will protect a subscribing customer’s server from being negatively affected by an attack up-to the volume of subscription purchased. If the attack exceeds the volume or size of protection purchased, Fairmoon reserves the right to null-route the traffic if the customer is unwilling or unable to purchase a DDoS Mitigation package large enough to stop the volume of attack that the customer is currently experiencing.
Fairmoon will make all efforts to work with the customer, explain all possible options, and act in accordance with the customer’s wishes. However, due to the significant negative impact DDoS attacks can have on Fairmoon’s general operations (as well as the the operations of other Fairmoon customers) Fairmoon reserves the right to protect its network against these threats.

Which data center are the servers in?

We have 12 racks in Qala. We have annual contracts with Qala for the racks.

Can customers view the servers or data center?

Yes, please email support@fairmoon.net or give us a call to arrange for a data centre visit.

This gives good results but at very high prices as we use SCSI drives. Instead of doing this, we simply setup a second server. This allows better performance. There is diminishing returns in improving only 1 aspect of a server. The other parts of the server become the bottleneck. It is usually better value for us to setup a second server, than to have a RAID 10 setup, in a webhosting server. Your mileage may vary, since other factors like availability of system administrator, and costs of licenses come into play.

Can you provide unlimited bandwidth?

Pricing for bandwidth charged by data centres in Singapore usually range from SGD200 to SGD700 per Mbps. Each Mbps translate to ~200GB/mth after overheads. Therefore it is not realistic to provide unlimited bandwidth, unless customers are willing to pay accordingly. With $10/mth accounts, once you use more than 10GB, we are losing money with each additional GB you use.

Can I rent the Voipswitch products?

Yes, we offer both to rent and to buy options. Visit hosted.voipswitch.com for more details on renting.

Can I host the softswitch on your server?

Yes, we work with datacenter in USA and Europe an can offer you a whole package including server, backup, IP addresses etc.

Can I use VoIP softphone app in blocked areas?

Yes, VoipSwitch application supports VoIP tunnel technology and can work from blocked areas or from behind firewalls for both incoming and outgoing calls. The Tunnel is granted with the purchase of VoipSwitch main platform.